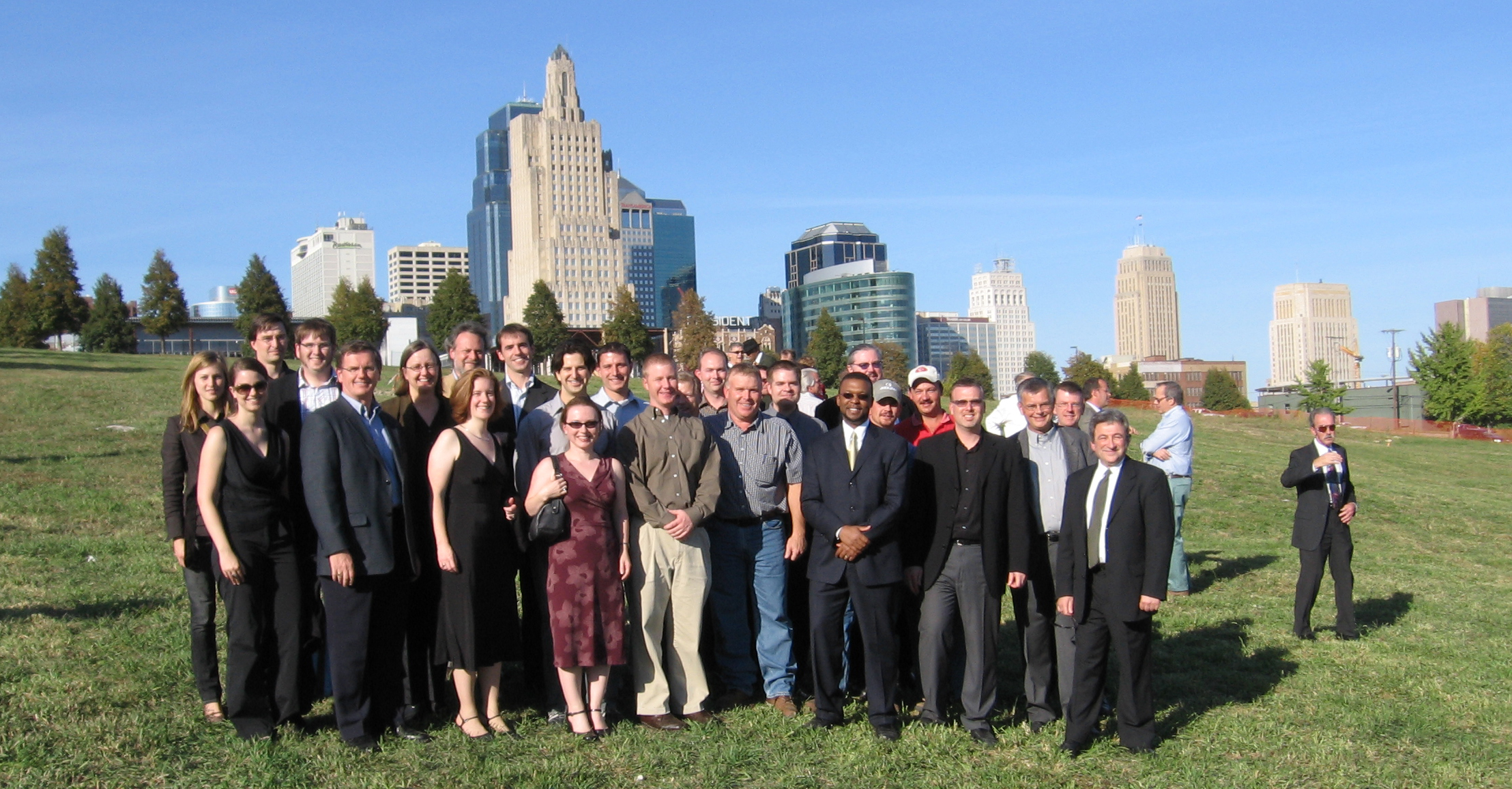 The Design & Construction Team from the Kauffman Center for the Performing Arts at the project groundbreaking in October of 2006.

Remember when it was just a field?

On the First Friday of October in 2006, Kansas City broke ground on what would come be a world class, city-changing, life-altering project.

Early in her career, Amy Slattery joined BNIM’s Kauffman Center for the Performing Arts studio, a team charged with the oversight of this massive new building project in the heart of downtown Kansas City. Readily volunteering to serve an extended stint in the Boston offices of project designer Safdie Architects, her penchant for leadership and attention to detail quite organically positioned her as a natural liaison between the design firm, her colleagues at BNIM, and the contractor and consultant team. In the following years, Amy grew with the project – first as an intern, then as a senior project architect, project management and ultimately as the selected site representative inside the performance halls. The Kauffman Center for the Performing Arts project is a perfect microcosm of Amy’s emergence in the practice of architecture, representing her ability to grow and lead with passion, competency and impressive speed.*

Eleven years later, Odimo strives to continue this commitment to design excellence and technical integration in all work that we do. Amy has infused the studio with knowledge gained from her seven years on the Kauffman. Project samples and images are constant reminders of what we can achieve. 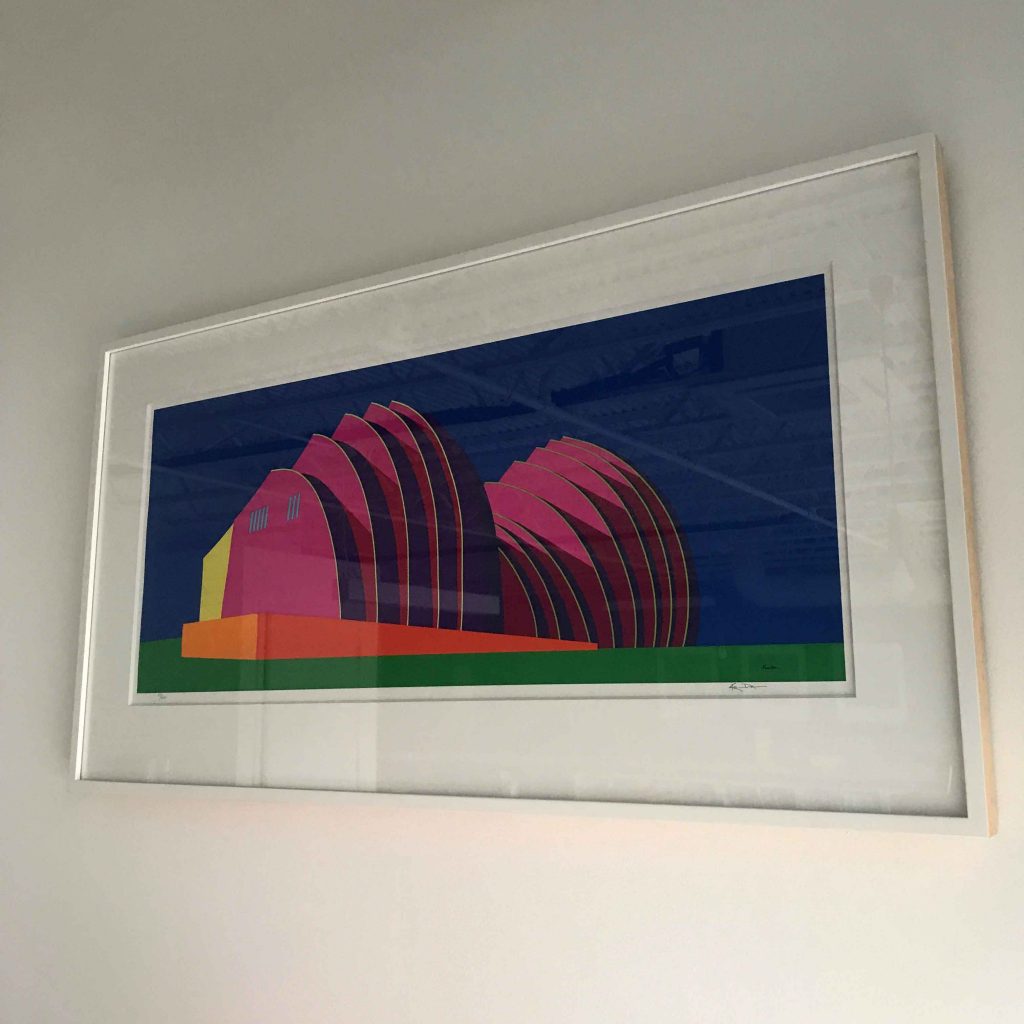 print by artist kevin deen in the odimo studio 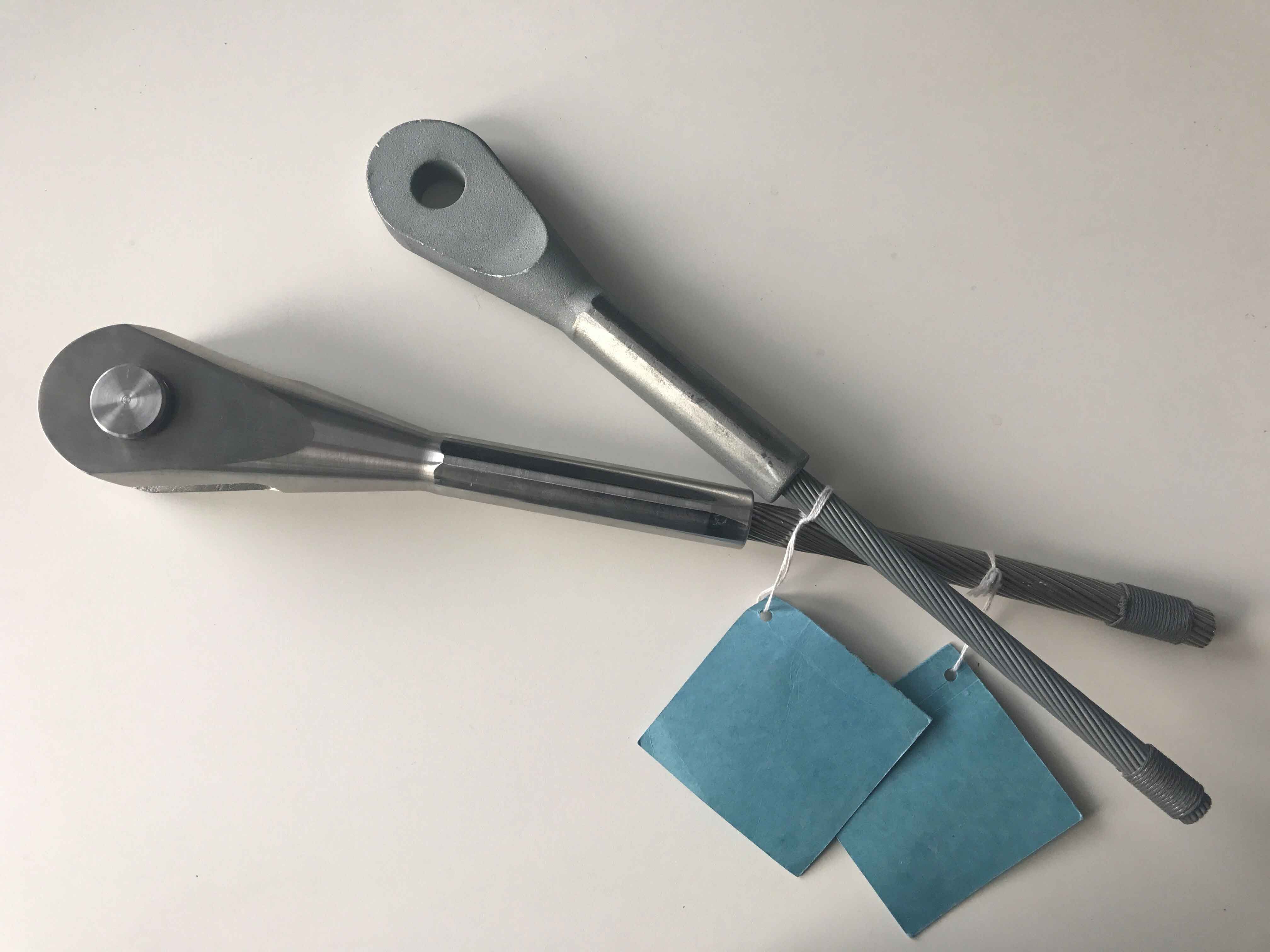 We’ve recently wrapped up studies for future work in the arts and humanities, and are continuing to pursue more collaborations in the arts and in our community. We look forward to seeing many of you at First Friday tomorrow night, and at the ARTSKC Inspiration Breakfast on October 25th.

For a deeper overview of the Kauffman Center design and construction, check out this KCPT special from 2011.